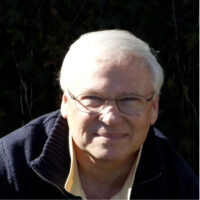 Charles (“Tom”) Thomas, a founding principal of the Futures Strategy Group, retired from the partnership in December 2017. He is now a senior advisor to the firm, as well as part-time vice president of strategic planning for the Accreditation Council for Graduate Medical Education. Tom continues to participate in FSG activities such as marketing, method development, and part-time client support.

Tom is a specialist in long-range strategy development and technology planning. He is widely acknowledged to be one of the leading innovators in the field of scenario-based planning. Over the past 30 years, he has led numerous major public and private sector strategic planning, global trend-analysis, and U.S. and foreign technology projects. These have included work for organizations in such diverse fields as information technology, the military, airlines, health care, foreign affairs, aerospace, pharmaceuticals, intelligence community, and utilities.

Prior to FSG, Tom was a Firm Director (non-equity partner) in the Boston-based Strategy Practice of Deloitte Consulting. Prior to the merger of The Futures Group (TFG) with Deloitte, Tom was vice president of The Futures Group, Inc. He led the Corporate Strategy Practice and, earlier, formed and managed the Scenario Planning Group. Before joining TFG, Tom served as an In-Service Fellow at the United Nations, consulted to several Wall Street banks and securities firms, and taught courses in international relations, arms control, political economy, and Soviet domestic and foreign policy at Fordham, Rutgers, and Columbia Universities. At Columbia, he also served as director of the Soviet/East European and International Security Program.